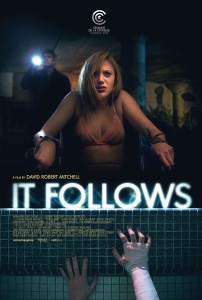 Here is a movie that reached heights from relative obscurity…the how and why mystifies some as they object to the hype that surrounds a movie born of a low-budget and against all odds made it to the realm of a national release on the word of mouth.

I subscribed to the hype, fascinated by a movie in a genre where the typical cult favorites garner very low critical acclaim.  In my time reviewing many and varied horror flicks for Traumatic Cinematic, I learned to accept the perspective that a very bad, cookie-cutter, horror movie can be perceived as a golden derivative of Night of the Living Dead.  Homage plays as much a part as any other consideration in grading most movies of the genre.  However, I had hope that this movie would transcend the mundane and truly be something different. 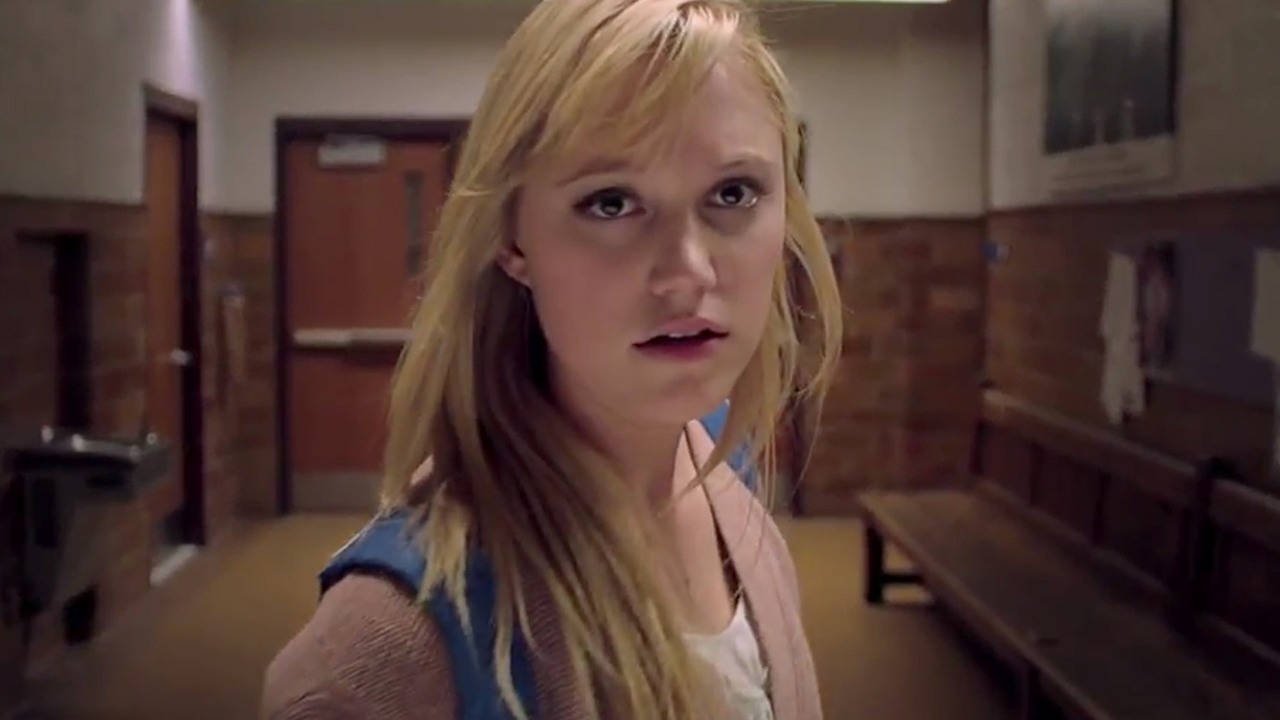 On the surface, you could look at this as a morality play.  A young girl, Jay (Maika Monroe), has a sexual encounter with a guy she doesn’t know well, Hugh (Jake Weary), and enters a world where the history of everyone you ever had sex with and everyone they ever have sex with in the future is the object of a force no one but those affected can see.  This force slowly walks towards you no matter where you are and manifests itself in different physical forms with one purpose, to end your life.  The only way to not be the object of this evil is to pass on the curse through sex to the next victim.

For me, the brilliance and the tension is in this simple construct.  The evil is established and the play between what the affected see and what all others see is perfect.  You also get moments where you see slow-moving characters in the periphery, who would otherwise be considered extras on-screen. You immediately wonder if they are manifestations of this evil.  You watch the moral conundrum of self-preservation versus sacrificing others as the characters make choices about passing on the curse to others or continuing to run.

Where this movie works is in its ambiguity.  You don’t know why this happened.  You accept that it has.  The movie does not rely on fake scares.  Refreshingly, everyone in the movie is not predisposed to walk behind the other one for a cheap scare(cough…Lazarus Effect…cough).  It doesn’t rely on classic horror scares at all.  A tension builds.  You know evil is coming.  What form will it be?

I would be remiss if I did not talk about a couple of major points in either praise or derision.  The soundtrack for the movie verged on distraction.  It paid homage to the 80s synth era to a degree that some immediately dismiss this movie for volume alone.  There were a couple 360 camera moments I have to only assume the director threw in as a joke.  The acting was mostly good and the dialogue was at times a bit childish…though, have you ever listened to 17-18 year olds?  At least they didn’t talk like 90-year-old wise men, as is way too often the case.

Finally,  this movie worked for the simple reason they did not have some old codger explain the movie to everyone.  I am personally sick of the secret book/old wives tale/insert trite overused convention to give the back story to the stupid.  This movie is akin to the Tales from the Darkside-Twilight Show genre where everything isn’t explained and the story may go unresolved or at least twisted into the macabre.

Bravo, David Robert Mitchell, for writing/directing a story that makes everyone talk about horror again.