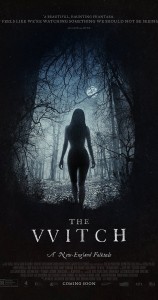 After watching many movies over the last few years, I have come to the conclusion that my post movie perception of a film is tied heavily to my expectation going in.  There was a lot of marketing for this movie with assertions that The Witch was the best horror movie in a generation. Going in, that was a lot to live up to for me.  My favorite recent horror movie of record was It Follows, for which, there was a little buzz, but it more than delivered on a micro-budget.

This was Robert Eggers début as director and writer for a feature film.  Beautifully shot, muted and somber, this movie gets the tone right. Set as a colonial horror tale in 17th century New England, this movie relies heavily on the folklore of witchcraft. 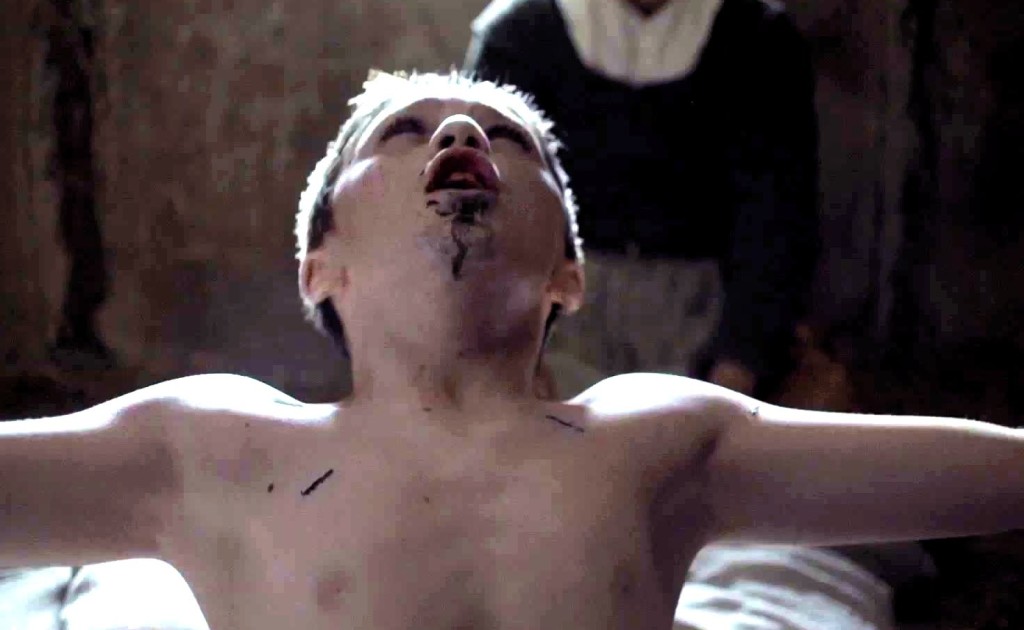 The movie opens with the banishment of  William (Ralph Ineson) and his wife, Katherine (Kate Dickie), and their five children from the plantation in which they lived and worked. Forced to move to the edge of the woods, there was a supernatural, apparently God given, rule that they were not to hunt or go into the woods, as enforced by the shrewish mother Katherine.

We rejoin the family about a year after their arrival on the edge of the woods as they struggle to eke out a livelihood on the newly established farm.  In an eerie peek-a-boo sequence, the baby disappears from the eldest daughter’s care (Thomasin, Anna Taylor-Joy) and from here the movie descends into the darkness of mistrust and madness. 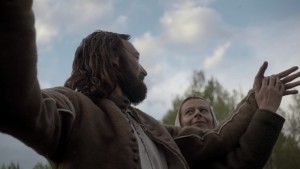 Ralph Ineson’s booming timber voice spouting biblical ideology aids in the tone of the movie.  Personally, an otherwise innocent scene with Katherine breastfeeding her young babe brings back a remembrance of Kate Dickie doing the same as Lysa Arryn in Game of Thrones with a larger creep factor. 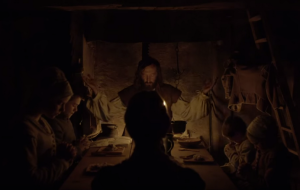 Ultimately, this is where the movie falls short for me. I cared very little for any of the characters in the movie.  I was equally happy to see them perish as live because I could not come to grasp with the hopelessness of their perception.  All seemed to live in a world of restraint where only the fear of punishment held back their true desires, and, in the end, lead to their spiritual demise.

This is a thought-provoking piece.  I look forward to the future endeavors of Robert Eggers.
B