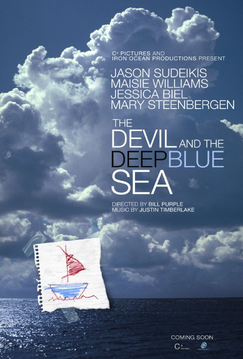 This movie premiered at Tribeca 2016. I had an opportunity to view it with a post-movie discussion by Bill Purple at the festival.  It just so happens that I watched this movie on the same day I watched a darker version of loss, Demolition. The similarities are uncanny and yet the tone was very different for the pair of films.

Henry (Jason Sudeikis) is married to a dynamic, “hurricane” of a woman, Penny (Jessica Biel). After a car crash that leaves Henry a widower, he sets out to befriend a girl who has collected trash in his neighborhood. He was put on this path by his artist wife before her death, in a scene in which she makes him promise that he would talk to her.

Millie (Maisie Williams), is the apparent, homeless girl in question who also provides the clichéd voiceover narration throughout the film. She has lost her mother due to illness at a young age and her father by way of him sailing off on a trash raft and perishing. Since then she has been raised by her alcoholic uncle and is trying to build her own trash raft to go to the Azores where her father was heading before his demise. 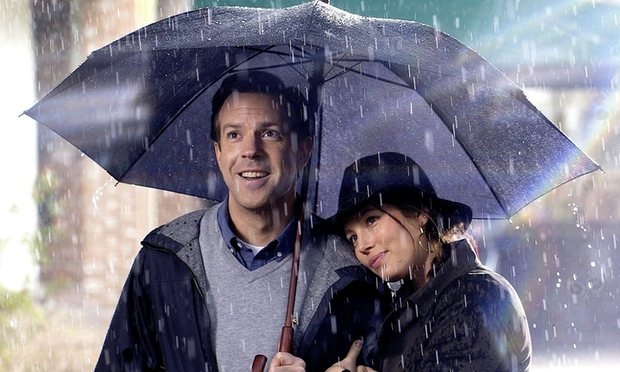 The story was set in New Orléans.  Jessica Biel and Maisie Williams both attempted to do southern accents to a limited degree of success.  Bill Purple had a very short time to pull this together, shooting in only 20 days.  He remarked that the feel of the movie needed to be New Orléans and not Savannah.  Savannah almost became the setting of the movie due to cost constraints. Because of the mixed tone of the movie, however, I did not relate it to the Louisiana in the same way as I did Beasts of the Southern Wild, for example.

The movie represents a near-montage of elements of comedy, tragic loss and coming of age.  In the plus column, given the varied tone, Jason was a great choice as Henry. Some of the funniest moments were when he stayed quiet and just looked at another character with a “you have got to be kidding me face”.  In the negative column, the movies characters were thinly scripted and the story had an overall believability liability. Having characters named “Dumbass” for comedic effect, serving as a typical humor fodder, does not add to the theme of profound self-revelation.
B-