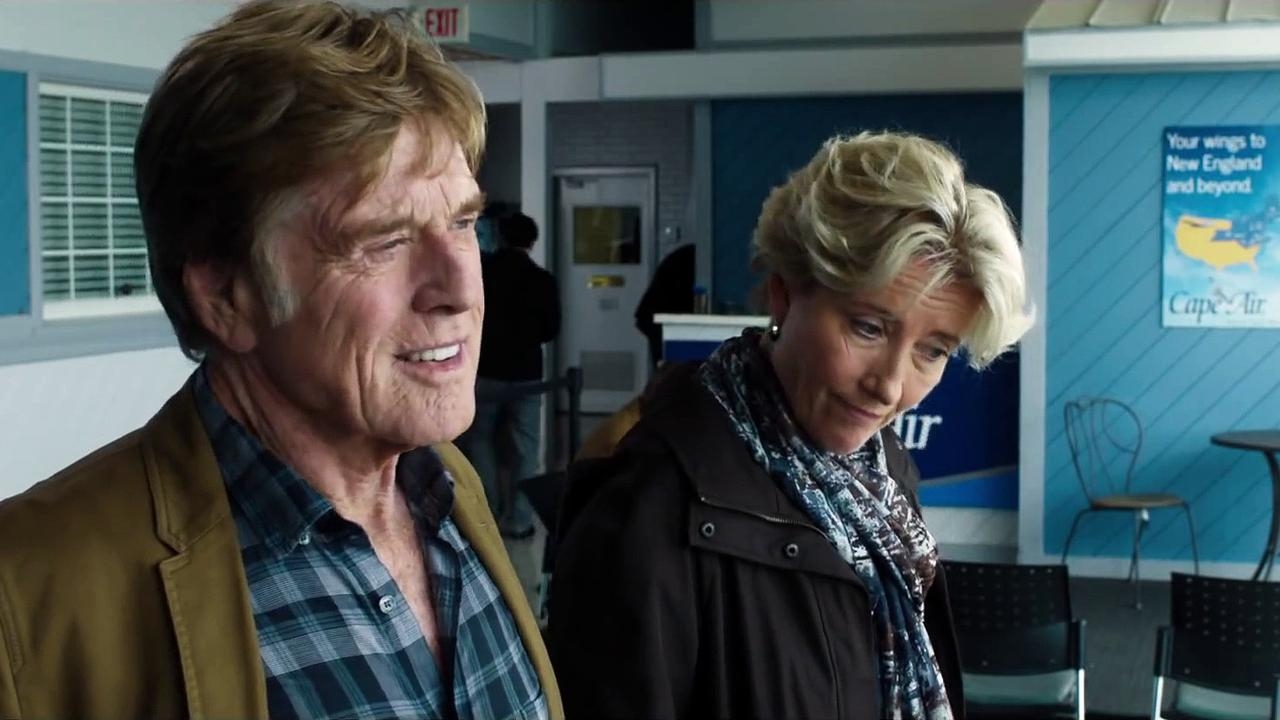 A Walk in the Woods is based upon the book of the same name, written by, Bill Bryson. It is an autobiographical account of Bill’s adventures on the Appalachian trail with his friend Stephen Katz, an out of shape recovering alcoholic from Iowa. In the movie, we meet Bill (Robert Redford) attending a wake for a friend. His life has reached a mundane point and a casual glance at the Appalachian trail bordering the property of the funeral home puts in his mind a grand adventure. His wife, Catherine (Emma Thompson), insists that he not go alone and so Bill tries to entice one of his buddies to go with him in a comical montage of “NO’s”. 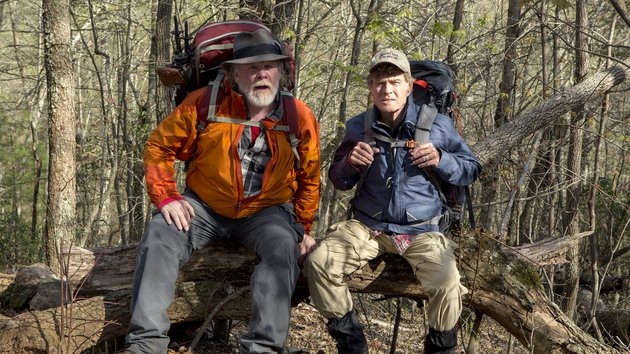 Stephen Katz (Nick Nolte) calls Bill out of the blue and asks if he can go. Bill agrees and the stage is set for a reuniting of 40-year-old friends. Stephen is dodging a month jail sentence and is a recovering alcoholic. He is very out of shape and as he exits the airplane upon his arrival he demonstrates a limp due to a trick knee. They make for a most unlikely pair to tackle the 2100 mile journey from Georgia to Maine.

This movie can only work if the chemistry between Redford and Nolte works on-screen and I think they accomplish this very well. I was very impressed with Redford’s comedic timing and delivery of quips. Likewise, Nolte is hilarious as a rugged curmudgeon at the end of a rough life. They play off of one another well and they seem to be friends that lost touch for 40 years.

I can see this movie evincing negative feedback for its story arc.  In fact, were it another movie I might be in that camp. This movie has a pace that is a series of minor, often funny experiences in the lives of hikers. Having camped extensively with the Boy Scouts with my son, I know that it isn’t any one event that makes a hike great, but all the small moments of shared experience, as you set yourself against the trail in a background of beauty. I really think this movie captures this feeling while staying lighthearted and grounded in the source material, retaining its believability.

It isn’t the destination, but the journey for this one.