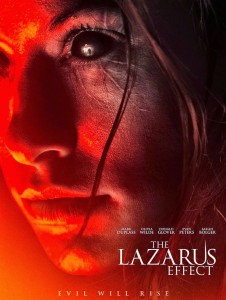 The Lazarus Effect is the latest movie in the history of movies dealing with reanimation of the dead.  It was directed by David Gelb (Jiro Dreams of Sushi, Lethargy) and stars Mark Dupress, Olivia Wilde, Donald Glover, Evan Peters, Sara Bolger, and Amy Aquino. 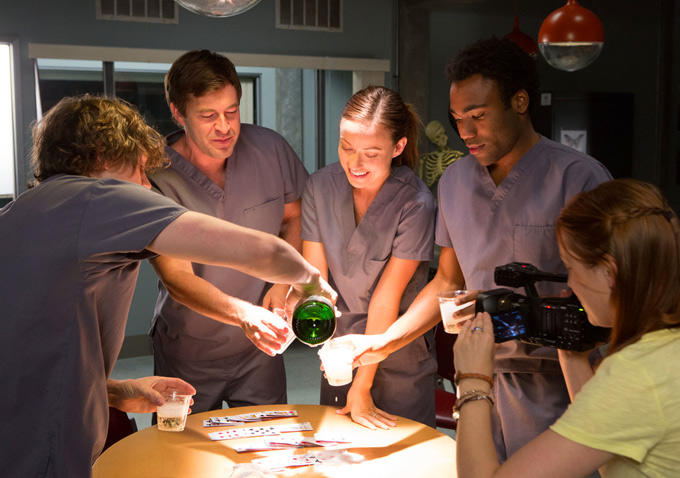 The Lazarus Effect follows the tale of a group of researchers commissioned to study coma patients.  They make a breakthrough discovery that leads to the reanimation of a deceased canine.  This highly unsanctioned event does not escape the University’s notice.  The school has been secretly monitoring the team and the group’s research is seized by the University and turned over to a pharmaceutical company backing the grant.

In a last-ditch attempt to gain credit for three years of work, the researchers break into the facility to video the recreation of the experiment to release to the world.  In the process, Zoe (Olivia Wilde) is killed accidentally and her fiancé, Frank (Mark Dupress) convinces the team to attempt reanimation on a human.  From this point the movie delves into the horror aspect of the feature. 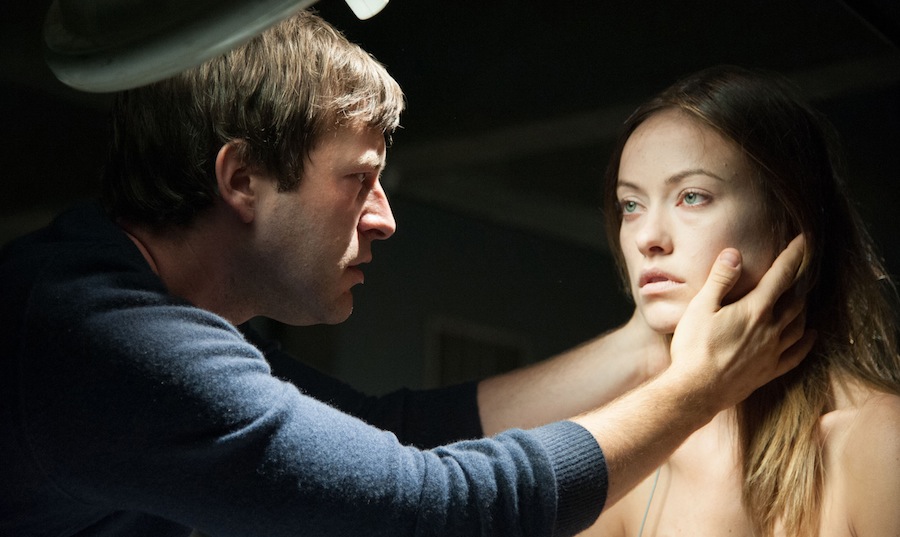 There is actually a decent story buried in the narrative.  There is a moralistic element that suggests there are real consequences for bringing a person back from the dead.  It also delves into the impact of guilt and singular moments in one’s life that haunt us forever.  However, the movie is executed in such a disappointing way that the interesting elements of the story are lost in horror gimmicks that make people that dislike the genre groan.

And, there is plenty to groan about in this movie.  There is frequent and early use of cheap scare techniques.  It would seem everyone in this crew likes to sneak up behind each other.  None of the scares in this way were earned.  There was also an implied levitation at one point, though it looks as though they may have cut out the complete visual effect.  Spewing vomit, blackened pupils, and frenetic strobe lighting fulfill the balance of our horror story check boxes.  Even the last character standing is predictable in a classic horror sense. 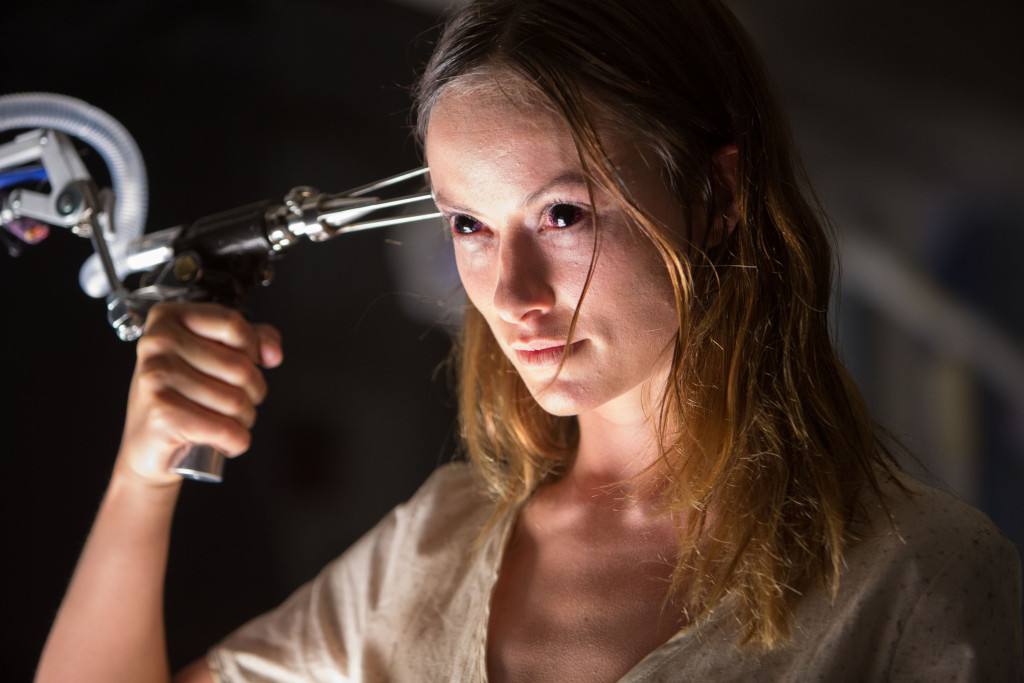 The acting, however, was not bad.  Olivia Wilde is lovely, and although all the characters are pretty much cookie cutter-one dimensional fair, none of them offend the senses, as is so often the case in this type of movie.  At a PG-13 rating, the effects are pretty mild and memorable.

This is a movie that has a good idea that was poorly executed.  I didn’t see it as a possession story at all.  It was a story about a woman tragically killed, haunted by a singular event in her life. She couldn’t pass into the afterlife because she was touched by a horrifying, unnatural human intervention that ended in disaster.  Had the movie focused on these elements and not been a slave to horror schlock, it might have been something.