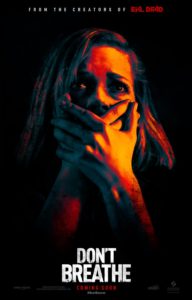 I have to admit, I have a warm place in my heart for a good horror movie.  Equally true, I am more than critical on bad ones. What is bad, though? For me, it comes down to the story. If you can find a believable way to create a narrative that is true to its own construct.  When the realizations of its characters and audience alike rely on organic flow and not movie construct, you have the makings of something interesting.  Don’t Breathe does a great job of using plausible elements to tell a pretty terrifying tale with some significant surprises along the way.

The movie is set in Detroit. This is an apt location for a horror story to unfold with it’s dilapidated and crumbling neighborhoods providing an excellent backdrop. Rocky (Jane Levy), Money (Daniel Zovatto), and Alex (Dylan Minnette) rob houses by using keys and passcodes stolen from Alex’s father, who is a security officer for a security company. In the beginning of the movie, we see them robbing an affluent house with specific care given to not steal cash, to keep the charges less significant if caught. 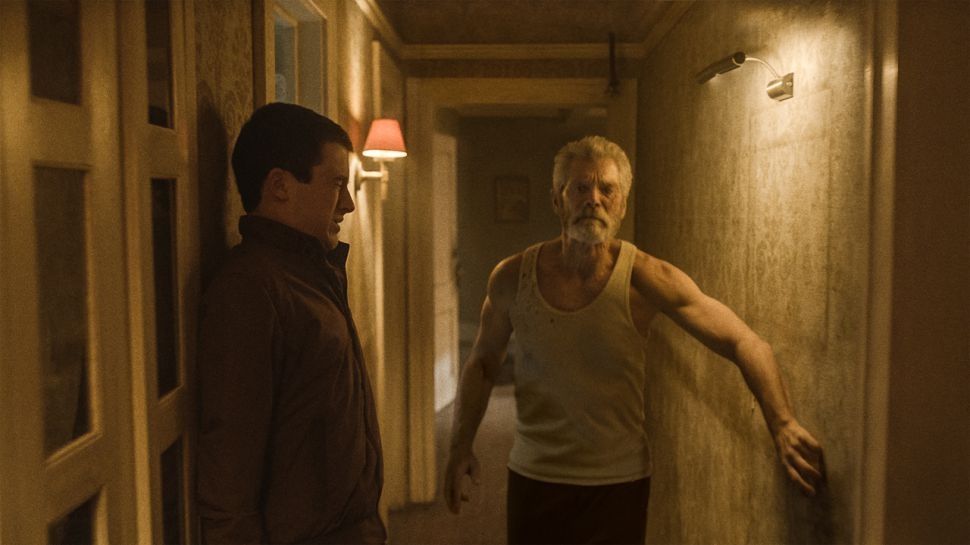 Rocky lives at home in a poor situation and dreams of leaving Michigan for California. Money gets the idea to up the stakes to get enough money to leave with Rocky by robbing a blind ex-Gulf War veteran (Stephen Lang), who is a shut-in, in an otherwise dilapidated neighborhood. He has come into a sizable settlement when his daughter was killed by the child of a wealthy family.

As mentioned before, Detroit is a perfect place for this kind of tale. The old man’s lack of sight and physical presence as a war veteran make him both logically fallible and impressively scary as the trio soon finds out.  Add in a Rottweiler on guard duty, and you have all the makings for genuine terror. 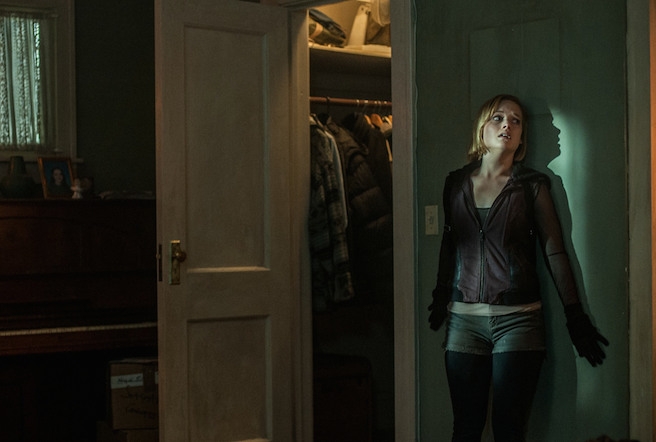 Even my pet peeve in horror flicks, the jump scare, was not overused to create unnecessary tension.  The movie is not over long, at just 88 minutes, but the time was effectively used.  A few times, the movie seemed to be at a logical conclusion only to continue in dramatic fashion.  All-in-all, I rate this as highly watchable and enjoyable throughout.