When a movie opens with the beautiful visage of Rosamund Pike and the line, “When I think about my wife, I always think of her lovely head, and how I’d like to smash it and watch her brains fall out,” you know that you are embarking on an interesting tale.  Then again, maybe you start with the director, David Fincher, who has directed monoliths such as Seven, Fight Club, The Curious Case of Benjamin Button, and the Social Network.  In either case, you have a sense that this movie has the ingredients to be a terrific film. 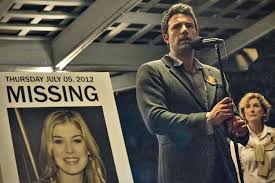 Gone Girl was adapted from the 2012 novel of the same name by Gillian Flynn.  Gillian Flynn was also responsible for the screenplay.  Nick (Ben Affleck) and Amy (Rosamund Pike) Dunne are a couple transplanted back to Nick’s hometown in Missouri after he loses his job as a magazine writer during the recession.  Amy is the product of a parental writing duo that penned a series of kids books called Amazing Amy loosely based on her.  Nick opens a bar with his sister Margo (Carrie Coon) using his wife’s trust fund money.  On the occasion of their 5th anniversary she goes missing, which leads to a national media frenzy that soon puts Nick on center stage as the prime suspect.

As can be guessed this is merely the launching point of a dark twisted entanglement in the thriller vein.  The acting and directing are very good.  The addition of Neil Patrick Harris as a former boy friend and Tyler Perry as a nationally known defense attorney were great choices.  I’ll even give a nod to Emily Ratajkowski’s small but telling role in this tale.  Who doesn’t remember her from the Blurred Lines music video?! 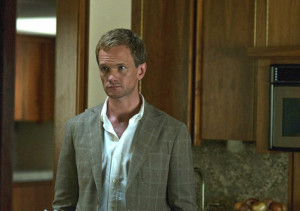 Where the movie lacks, unfortunately, is in the story itself.  A large reveal happens early in the movie and the balance of almost 2 hours is less impactful than the reveal and really comes off weak.  It is also hard to like or relate to anyone in the movie.  Everyone is pretty despicable or at least dislikable with the exception of Nick’s sister who is really only an ancillary character. 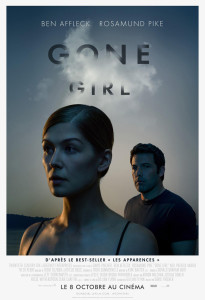 With 167M in the US alone this movie tops the list commercially for David Fincher.  Rosamund Pike’s devilish role that was inspired by Nicole Kidman in To Die for and Sharon Stone in Basic instinct was impactful enough to get her nominated for Best Actress in a Leading Role.

To me, Gone Girl was a lesser effort than the sum of its parts.  Good direction and great actors could not overcome a story that had some significant structural problems for a feature film.  At 2 hours and 29 minutes and an early reveal this movie limped to a lackluster mediocre finish.