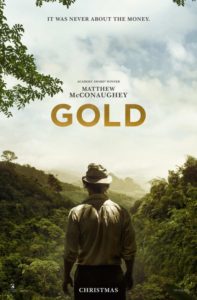 Insert punny line indicating the ironic title in relation to the less than “gold” result of the film. Or maybe, use it as an opposite to Matthew McConaughey’s appearance. Either way, Gold falls short of its aim, despite a top-shelf cast. Stephen Gaghan directs the film, which is one part heist thriller and another part historical fiction. The combination may be why it missed the mark. 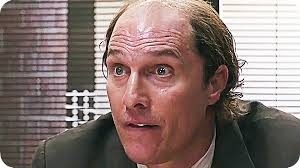 The movie is loosely based on the Canadian gold scandal of the 1990’s. Stephen chose to set the movie in the 1980s, and chose to the “one-time sexiest man alive”, Matthew McConaughey about as ugly as possible without maiming. 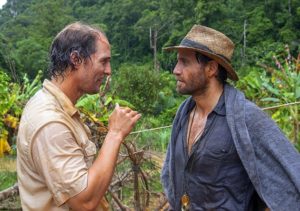 Matthew plays Kenny Wells, the son of a successful mining operator (Craig T. Nelson), who inherits the business upon his father’s death and in the 7 years after, runs it into the ground. Hawking a gold necklace he gave his girlfriend, Kay (Bryce Dallas Howard), Kenny sets off for Indonesia to make one last gamble with a legendary geologist responsible for finding a huge copper cache. Risking, life, limb, and every last dollar, the pair embark on one of the oldest pursuits of human history…the search for gold. 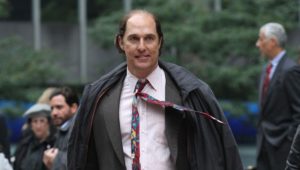 On the plus side, the story is compelling in a “Did this really happen,” kind of way. I did not know the back story that this was based on. Look up Bre-X if you really want to know, though, I suggest you see the movie first. Matthew McCononaughey looks like you have never seen him. He put on significant weight for this role and is balding, pock-marked, and snaggle-toothed. Chain smoking(a requirement for a movie set int he 80s) and poorly dressed, Kenny has an every man with a dream vibe.

On the not so plus side, the movie is all over the map. The historical fiction element plays out more like a biopic, that loses its way when you realize the characters could not act in the way they do. This is more apparent as the thriller twists merge with overdone little guy versus big business themes and a hamhanded effort is used to show money is the root of all evil.

If you enjoy McConaughey(and I do), this movie will be right up your alley.