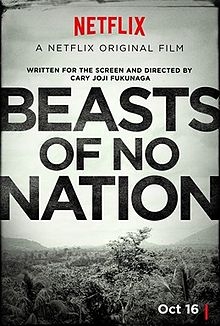 Beasts of No Nation is the first Netflix entry into first run movies. Netflix purchased distribution rights to this movie for 12 million dollars. The idea is that Netflix will make the movie available for streaming on the same day it is given a theatrical release. Theater chains have not embraced this business plan, so Beasts of No Nation will employ a limited theatrical release instead.

Beasts of No Nation is adapted from the book of the same name, written by Uzodinma Iweala. The movie’s title is the first indication of a theme of non-specificity that permeates the treatment of the subject. Cary Fukunaga, (True Detective Season 1) does an effective job of keeping this movie out of political statements and direct connections with any current events. 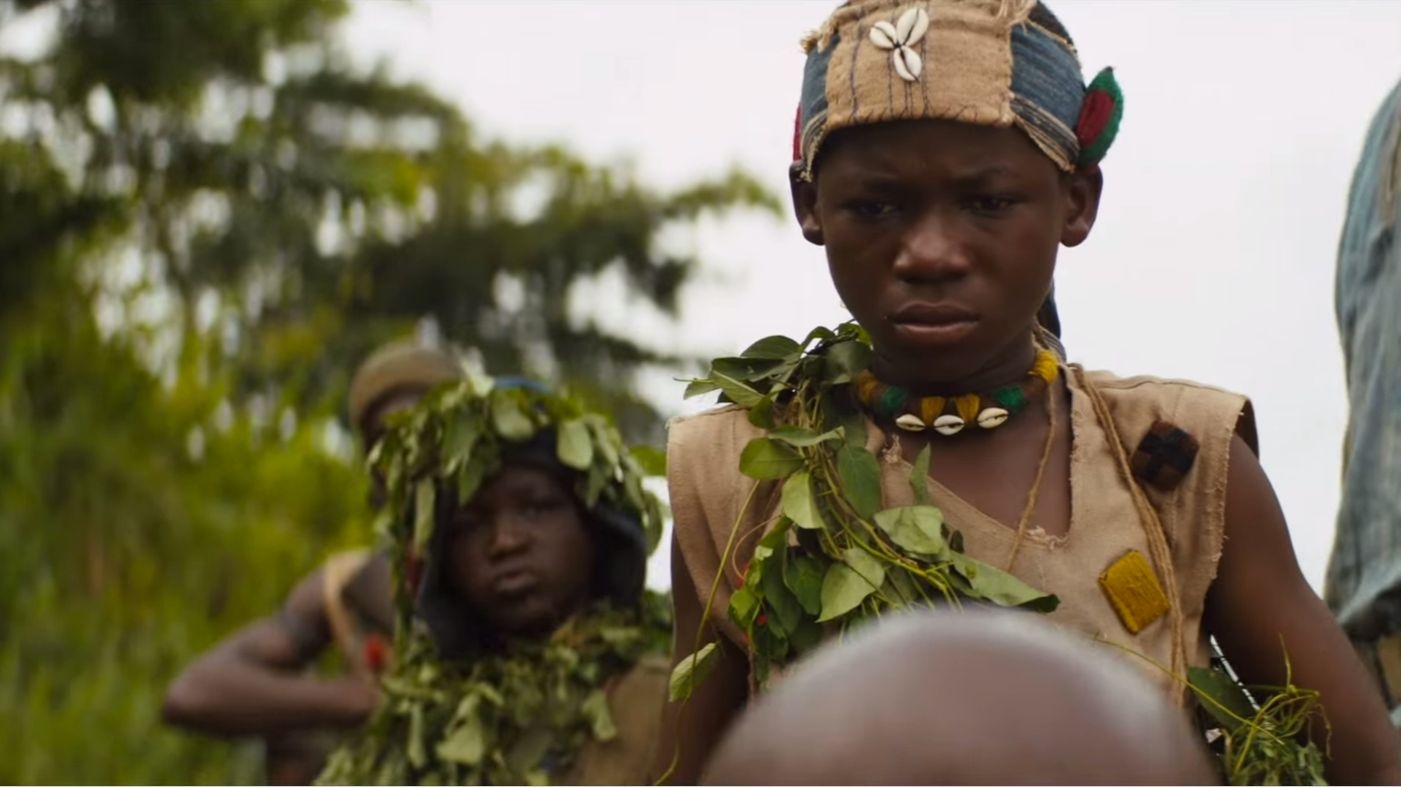 The movie sticks to the tragic sequence of events that befall young Agu (Abraham Attah). We are introduced to young Agu as a relatively normal kid, amid a war-torn nonspecific western African nation. When the war engulfs the neutral town, Agu’s mother and two youngest children flee in a scene akin to the last helicopter during the fall of Saigon, with opportunistic cabbies providing the exodus. 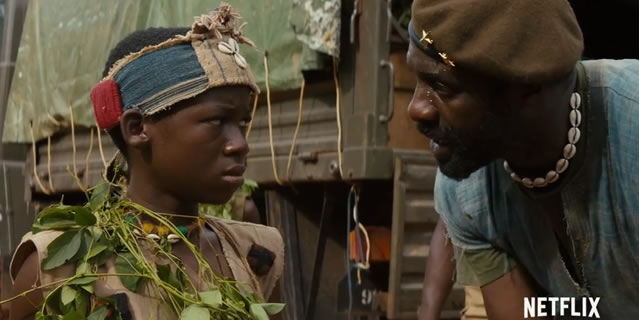 Agu is forced to stay with his father and older brothers and when the fighting comes to town, both sides kill indiscriminately. Agu witnesses the murder of his father and brothers, while escaping a similar fate as he escapes into the jungle. It is not long before he comes into contact with a roving band of rebels that give him no choice but to join.  He is indoctrinated brutally and then the real horror starts as he becomes a foot soldier for the Commandant (Idris Elba).

As I mentioned initially, Cary Fukunaga does an excellent job of keeping the focus on the events that affect Agu’s life and away from the larger construct of war and politics. Idris Elba is terrific as is newcomer Abraham Attah.  The only complaint may be the ending which seems to drag out compared to the overall well paced film. 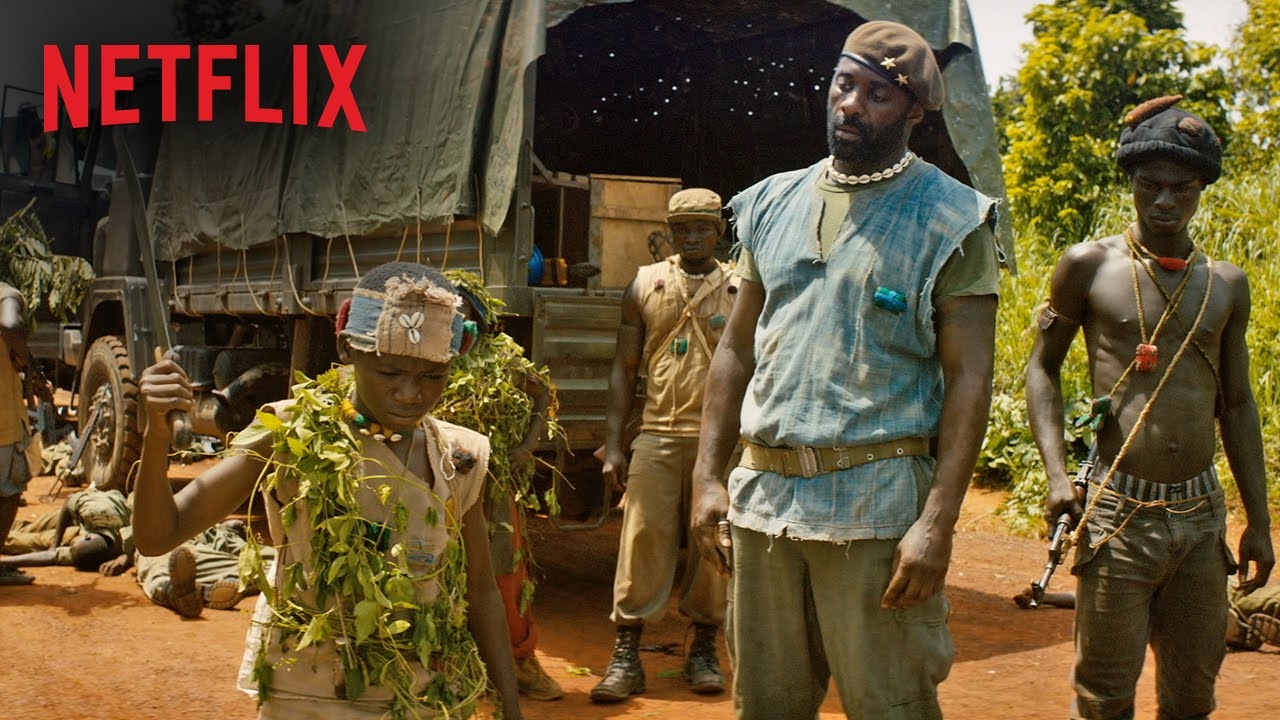 I also think Netflix’s strategy may be a bit off target. They would be better served offering a movie to the theater’s first and then retaining exclusive rights in perpetuity, perhaps hastening the time to the streaming app, and not a simultaneous release. Theaters often have trouble getting seats filled and having an immediate online streaming outlet for their product is not desirable and not worth the risk. That being said, I like Netflix’s continued challenge of the things as they are.