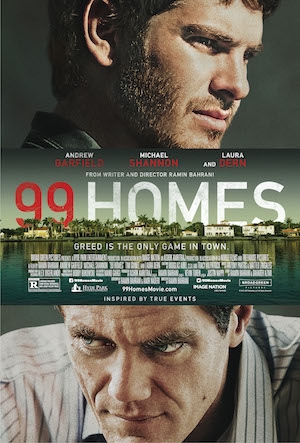 Having made the rounds in the 2014 festival scene, 99 Homes is set for official release in late September. Andrew Garfield, Spider-Man no more, is Dennis Nash, a single father construction worker, living with his mother in the home he grew up. Times are tough and the family is seen in court trying to keep their home from going to foreclosure. The judge rules in favor of the bank and the family exits the court with the thought that they can appeal within 30 days.

The very next day, however, a real estate guy representing the bank, Rick Carver (Michael Shannon), arrives at their door with an eviction notice and a police escort. They are given 2 minutes to collect their most important items and are told the rest of their stuff will be at the curb waiting for them for 24 hours before it is hauled away per court order. The family goes to a shady motel not far away that seems to be a wayward camp for a lot of recent foreclosed homeowners. Dennis thinks that the guys moving stuff to the curb for Rick stole some valuable tools and he goes back to confront them over it. In the process, Rick offers Dennis a job evicting people in the same way as he was evicted, as well as some other shady construction work. 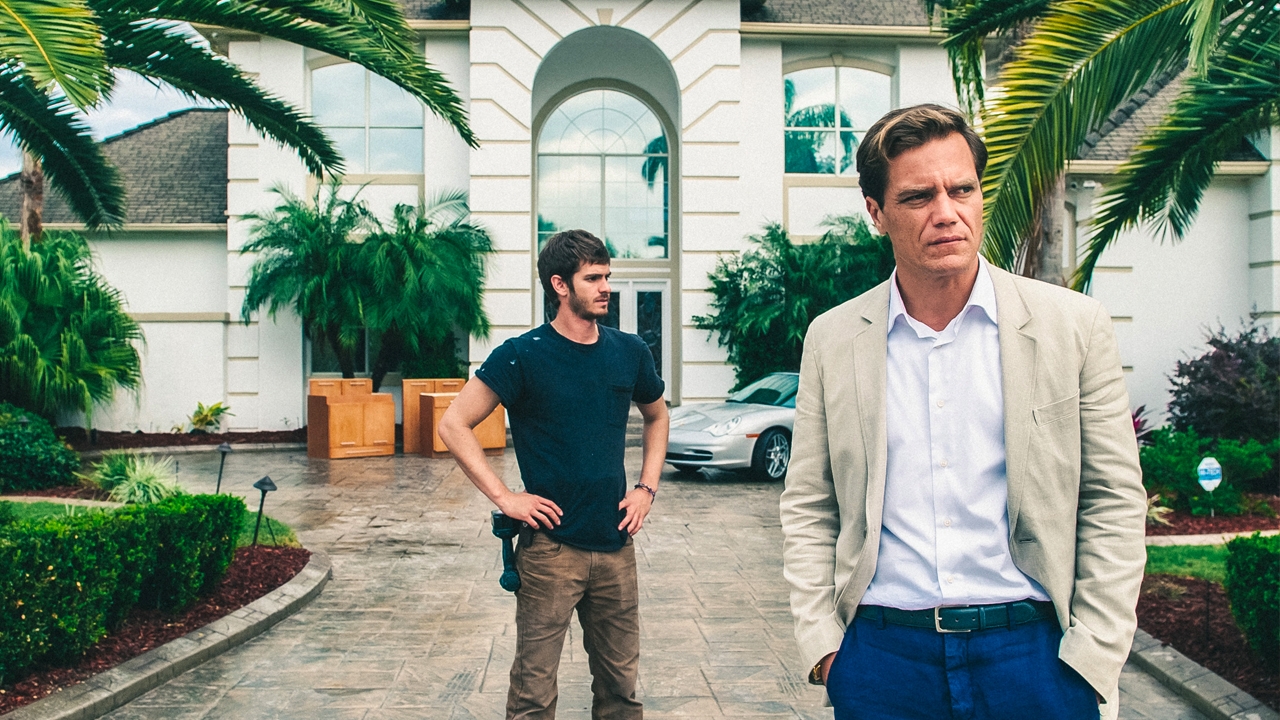 The movie is complex. It is not a simple story of the mean bank praying on hard the working middle America. Even Rick seems to be a victim of the events, as he alluded that he was once a real estate agent and the scheme that led so many people into bad choices made him become who he is or sink himself.  In a sense, he decided to be on the right side of a bad situation. This of course is self-justification, because he went further than simply being the agent of a bank for foreclosed homes. He prayed upon them and the system that wrought them. 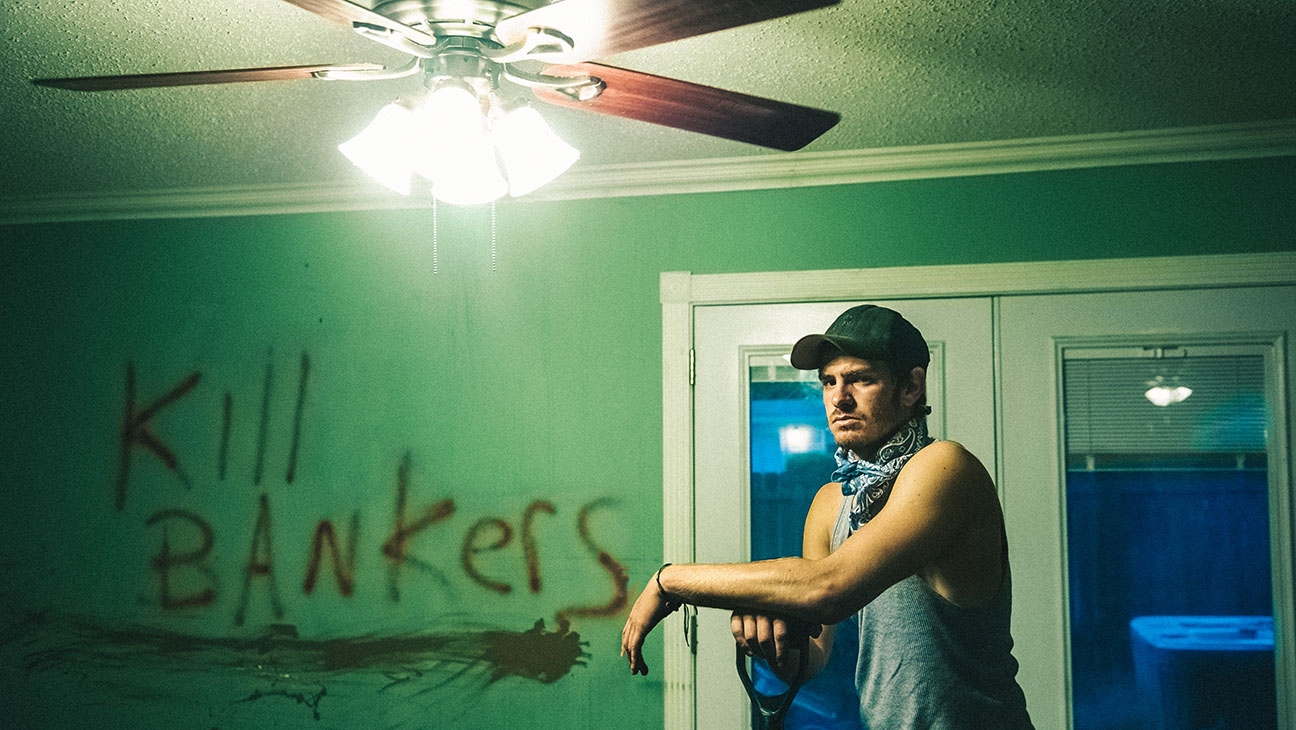 The complexity of the story and its gritty reality were somewhat diminished by the predictable moralistic ending.  Lynn Nash seemed to have no other role in this movie other than to move Dennis into crisis to bring this ending about.  She and everyone else seemed incapable of doing anything to create any kind of income and all seemed to have very well furnished homes and lifestyles.

The performances by Garfield and Shannon were top-notch.  Garfield showed a lot more chops in this movie than anything we saw in his two Amazing Spider-Man movies.  Shannon was terrific and very believable in his shady real estate mogul role.  Overall this is one worth seeing.