I screened the world première of this movie at the 2016 Tribeca Film Fest.  Seated across the aisle from me was none other than Night Owl, himself, Patrick Wilson. He quickly left once the film started but came back to lead an interesting post-movie Q&A, along with fellow cast members Radek Lord and Eddie Marsan, among others.

A Kind of Murder is adapted from the book, The Blunderer, written by Patricia Highsmith.  The movie is shot in classic film noir style and is set in 1960’s New York. Drawing upon the essence of Hitchcockian feel,  this thriller explores what it means to kill a person. 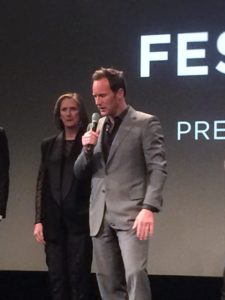 Walter Stackhouse (Patrick Wilson), is a successful architect and aspiring mystery writer.  He has a seemingly perfect life, though we get an early sign that not everything is as great as it seems.  His wife, Claire (Jessica Biel),  a beautiful real estate agent, suffers from mental illness and refuses to get help, though, she has promised before.  Walter is clearly frustrated with the state of his life and openly flirts with a visiting party guest, sending Claire into a tailspin that ends in a hospital stint after a suicide attempt.

Walter becomes fascinated with a story in the local newspaper about a woman who is killed on a bus trip at a diner stop.  Walter is certain that the killer is her husband, Kimmel (Eddie Marsan).  Detective Lawrence Colby shares Walters opinion and Walter finds himself blundering into a connection with both.

The book was aptly named, The Blunderer…in fact, so much so I asked the cast and crew present why it was changed.  Almost sheepishly, the only answer they gave was…they made us change it.  The blunderer would have made more sense.  The original story had Walter as a lawyer, which would have been more ironic, given the dumb things Walter did in the film.  There is a certain sense in it, however, as often we don’t know what we are doing in a moment or why we are drawn to certain situations.  This film explores that concept to its fullest, along with what culpability exists in a wish granted. 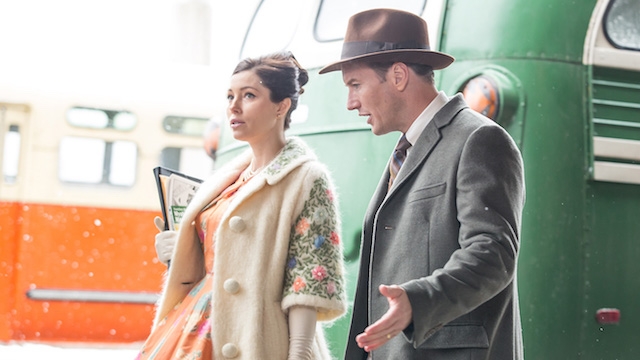 This was a well acted and edited movie.  In the post-movie Q&A, Marsan remarked that he felt that he saw himself akin to a session musician.  He went on to say that he drew upon Raymond Burr’s portrayals as a classic evil character.  He was very effective.

Overall, the movie lagged a bit towards the end.  Oddly enough, I think the movie would have made more sense, sight unseen if it had been named The Blunderer.  I purposely came in knowing very little about this movie, and I was taken out of the movie by the mistakes Walter was making.