It’s February. How is it that we are getting a Marvel superhero movie? Well, as Deadpool tells us, (Deadpool always breaks the fourth wall) this is a Valentines Day movie because ultimately it is a love story. And maybe that IS it.  Or maybe, it’s that everything about Deadpool is made to feel different. We have to forget that Fox, kind of, already, introduced and killed Deadpool in an X-men story. We are not going to worry about that, though. The X-men series reinvented everything with Days of Future Past and this is the Deadpool we all wanted to see. 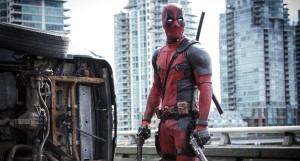 Right when the credits start we are given an insight into the difference Deadpool is about to lay on us. Rather than the normal directed by nonsense, we are given funny names and titles describing the actors, directors and writers….for example, Hot chick for Baccarin, and Old guy cameo for Stan Lee. This opening sequence worked and the crowd in attendance loved it. 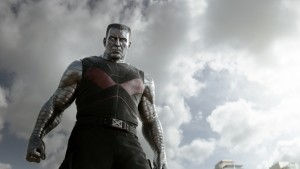 This story is all about Wade Wilson and his transformation into Deadpool. As a former Special Forces Agent operative turned mercenary, we find little that would mark him as a hero in a traditional sense as the story begins in full costume. We soon go to a flashback sequence that resets and carries us back to this moment. 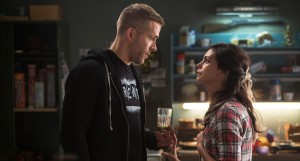 Colossus makes a great contribution to this movie and ties it to the X-man franchise, and he actually has a Russian accent and looks much more impressive in his metal man form (we never see him as a human here).  Morena Baccarin (she will never live down her Firefly connection), is a prostitute and Wade’s love interest. Their convoluted sex montage was unusual,
to say the least. 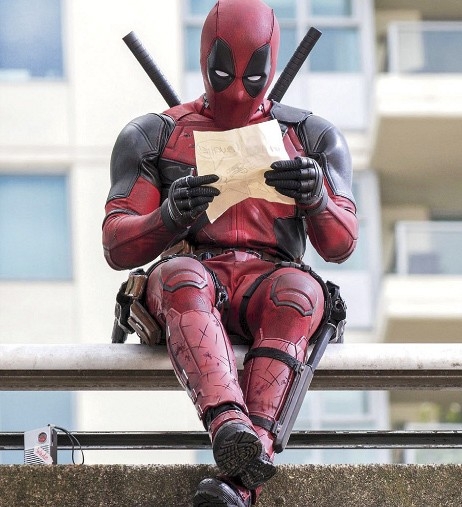 The jokes in this movie hit more than they miss. This is one of the few rated R movies for Marvel and I give Fox credit for taking the chance. I enjoyed it from start to finish and would love to see Deadpool somehow worked into an X-men movie down the line. The major difficulty is that the overall tone of this movie was much more light-hearted than the X movies.  This seems strange given it was a lot more violent, but Deadpool was not trying to save the world, just his girlfriend. I am sure he cares more about her anyway.
A-