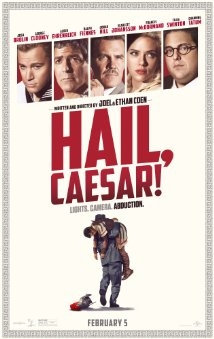 When you look at the cast, director, and month of release for this movie, you might scratch your head and ponder, “This is an early February movie with directors that have brought us No Country for Old Men, Fargo, and O Brother, Where Art Thou?”. How could we be watching this, now, a few weeks before the Oscars, ineligible, for the big night? Studios assign this time frame to movies they don’t believe in or that will have a limited audience. How can this be, with the cast listed? That’s what we are going to consider on this chilly February day. 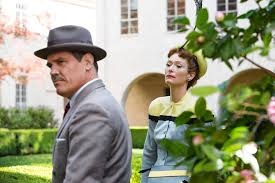 We could even go a step further and look at all the movies that have gotten significant praise when they pay homage to the movie industry itself or are slaves to earlier movie making processes. Birdman, Argo, and The Artist, winners of Oscars in 3 of the last 4 years for Best Picture, each is firmly rooted in the history or the art of performance on the big screen. Where does this movie step away from all the before mentioned? 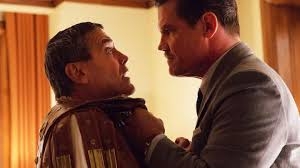 Chiefly, this movie misses its mark in its obscure inside jokes that only those that have a deep understanding of the history of the 1950s film world, and earlier Hollywood, would get. This is becoming a fleetingly small group of people. That is not a condemnation of people in general, nor a knock against the choice by the Cohen brothers. It just means that this movie falls into a class that only a small group of people understand without study. 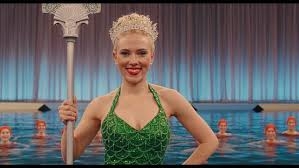 I didn’t read anything about this movie prior to the screening and only saw the trailer a couple of times beforehand, so I would say I came in with no expectations. The movie centers around the kidnapping of a dim-witted megastar actor, Baird Whitlock (Clooney) by a group of communist writers. This is essentially the main plot but a good part of the movie centers around the creation of older movie sequences, Scarlett Johansson as the center petal of an extravagant water ballet, Channing Tatum as a star dancer that leads a group of sailors in a highly suggestively gay dance,and southern Cowboy extraordinaire, Alden Ehrenreich who finds himself a fish out of water when he is remade into a sophisticated drama lead.

In the end, none of it really worked for me.  The cameo list was long, and it was at times funny, but I wasn’t inside enough on most of the jokes during the viewing and I don’t think even being in on all of them would make this a successful movie.  Solid performances by all characters really, but the story just isn’t there.