Carl Casper (Jon Favreau) plans a new menu at his restaurant in anticipation of critic, Ramsey Michael’s (Oliver Platt), impending dinner at his much respected restaurant in LA, owned by Riva (Dustin Hoffman).  Carl comes into conflict with Riva over the menu changes, with the owner insisting that Carl “play his hits” for Ramsey and not wander off into critic pleasing creativity. 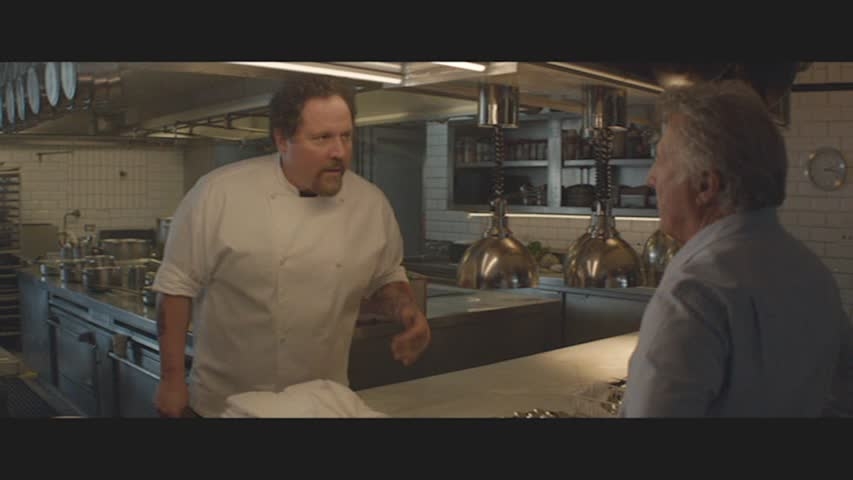 The reason for Carl’s complacency and sudden need to get this critic to like him, represents a bit of a narrative gap but the story pushes on at a brisk pace.  After receiving a poor review on twitter from Ramsey, Carl joins twitter and inadvertently starts a viral twitter beef with the critic by sending a message publicly instead of privately.  He challenges him to come back, but once again fights with Riva over the changes.  In the tussle with first Riva and then Ramsey himself, he loses his job and is embarrassed a second time by the critic.  He even has a video posted to the internet of his conflict with Ramsey. 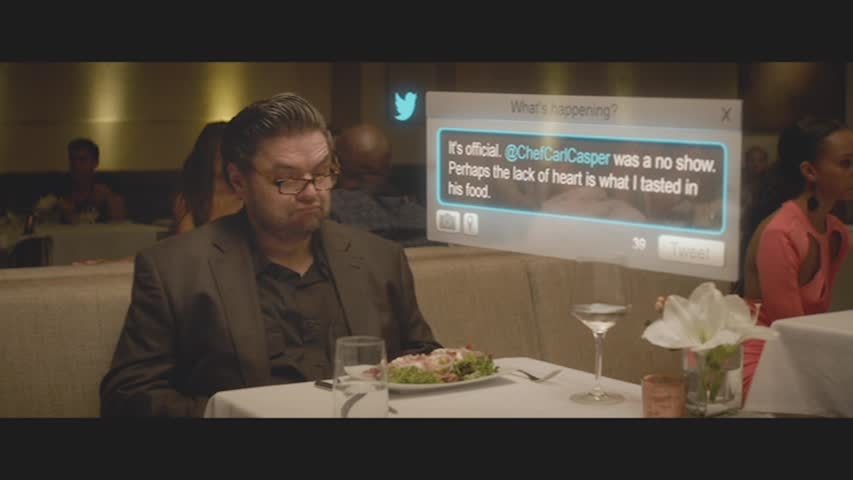 John Leguizamo, joins him in Miami, having left the LA restaurant the moment he knew he had a new gig.  Robert Downey JR and Scarlett Johansson each play small parts in the movie to give this independent movie a much bigger feel.

Overall, Chef is a pleasant romp that might make you more than a little hungry.  There was little in the way of tension in this movie and the narrative construct kept everything upbeat and light.