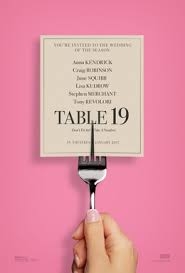 Table 19 is a movie that collectively adds up to less than the sum of its parts. Jeffrey Blitz’s penchant for the uncomfortable (most notably demonstrated in his The Office direction) is apparent in this post-Oscar, pre-summer blockbuster no-mans land of film releases.

Eloise (Kendrick), opens the movie struggling to make a decision on whether or not to go to a wedding. We soon realize Eloise was recently the girlfriend of the best man and the maid of honor, but because she was dumped through a text message, she stepped down from her role in the wedding. As a result, she is relegated to table 19, the land of misfits. At this table, we also find; the Kepp’s, an unloving couple that are friends of the father of the bride through a restaurant connection(Kudrow and Robinson); Jo, a long forgotten nanny of the bride who was invited because the groom’s nanny was invited (June Squibb); Walter, a distant cousin that is hiding the fact that he is currently on prison leave (Stephen Merchant); and Renzo, a virginal teenager who is at the wedding by the direction of his mother (Tony Revolori).

We can all relate to the concept of the movie. I think we have all been invited to a wedding where we were sitting at Table 19, the Table of misfit toys. Each character has revelations to share with his/her companions in this unlikely “Breakfast Club-esque”  attempt at building a story arc. The movie tries to walk the line between comedy and drama with a wedding reception as the backdrop. Anna Kendrick and most of her counterparts, individually give top-notch performances. The story itself never feels genuine with a reliance on too many clichés.

Go see this movie, only if you love Kendrick.  There is better stuff in the theater right now.